Walter Richard Sickert (31 May 1860 – 22 January 1942), born in Munich, Germany, was a painter and printmaker who was a member of the Camden Town Group in London. He was an important influence on distinctively British styles of avant-garde art in the 20th century.
Sickert was a cosmopolitan and eccentric who often favoured ordinary people and urban scenes as his subjects. His oeuvre also included portraits of well-known personalities and images derived from press photographs. He is considered a prominent figure in the transition from Impressionism to Modernism.

Born ‪#‎onthisday‬ in 1860: English Impressionist artist Walter Sickert. Here are some of his portraits http://ow.ly/NeQTL

Master of the Cypresses, "Initial S with King David as Scribe," 1430s,

In this miniature from a choir book the Master of the Cypresses, a Spanish painter and manuscript illuminator, portrays King David using the letter 'S' with two dragon heads as a desk. Regularly depicted as an acclaimed courageous warrior, a poet, and musician credited for composing much of the psalms contained in the "Book of Psalms," King David is widely viewed as a righteous and effective king in battle and civil justice.
Sometimes in illuminated manuscripts the initials were purely decorative, but often they work with the text to mark important passages or to enhance or comment on the meaning of the text. What story might follow this image?
‪#‎ArtAtoZ‬ ‪#‎kings‬
Master of the Cypresses, "Initial S with King David as Scribe," 1430s, miniature on vellum
http://1.usa.gov/1AbjGqc

In this work, Bastien-Lepage depicts the moment when Saints Michael, Margaret, and Catherine appear to Joan of Arc in her parents’ garden, rousing her to fight against the English invaders in the Hundred Years War.
Featured Artwork of the Day: Jules Bastien-Lepage (French, 1848–1884) | Joan of Arc | 1879 http://met.org/1cDUpdd

At any given time you can see likenesses of monarchs from all over the world at the Gallery, but did you know we have also had visits from kings in the flesh? King Baudouin of Belgium took a tour of our collection in 1959, and King Juan Carlos of Spain visited the exhibition "Circa 1492: Art in the Age of Exploration" in 1991.
‪#‎ArtAtoZ‬ ‪#‎Kings‬

‪#‎TBT‬ This installation view from the Archives shows the Guggenheim's first site in 1948. Before our Frank Lloyd Wright-designed museum opened in 1959, the Guggenheim Museum was located on 24 East Fifty-Fourth Street, known as the Museum of Non-Objective Painting. Alongside exhibitions of work by Vasily Kandinsky, Rudolf Bauer, and others, the museum also held screenings of abstract films in 1940–41 as part of former museum director Hilla Rebay's effort to explore how abstraction could be employed beyond painting: http://gu.gg/Nyenq

This is a famous sculpture known as the Belvedere Torso. It’s a marble copy made in the 1st century BC of a bronze Greek original, probably of the 2nd century BC. It takes its name from the courtyard of the Vatican Palace where it was displayed with other great works of antiquity known in the Renaissance. Michelangelo was widely known to have admired it during his lifetime, and this assured its fame. By the 1700s, this broken fragment was regarded as a work of superlative genius. The German Romantic tradition in the 1800s elevated it to a melancholy ruin emblematic of the fall of Greece itself. The torso has traditionally been identified as Heracles. Another possibility is that it represents Ajax, bent in contemplation of his suicide. The figure is seated on an animal hide, possibly a panther.
In the age of the great artists Michelangelo and Raphael, there was much debate around the relationship of art to nature. Michelangelo saw in the Belvedere Torso an object that represented the power of sculptors to transcend nature and to become independent and creative forces in their own right. In this drawing – a preparatory work for the Creation of Adam in the Sistine Chapel – Michelangelo seems to assert the same principle. The artist has dismantled the male body in order to reconstruct it as an ideal and utopian form.
Phidias’ fame in antiquity is equal to that of Michelangelo today. He created the now-lost colossal gold and ivory statue of Athena that stood within the Parthenon in Athens, while the marble sculptures that decorated the outside were carved to his design. They included this majestic figure reclining on a rock, which was an ambitious, and for its day unusual, composition. While such a pose was seen in relief sculpture, in three dimensions it required the cutting away of an enormous amount of marble to free the limbs from the block. To those who saw it when first displayed in London in the early 19th century, it seemed alarmingly naturalistic.

You can see these objects in our exhibition Defining beauty: the body in ancient Greek art (26 March – 5 July 2015).
You can also find out more about the exhibition in the catalogue by Ian Jenkins.
Belvedere Torso. 1st century BC, marble copy after a Greek bronze, probably of the early 2nd century BC. Vatican Museums, Vatican City.
Michelangelo (1475–1564), study of Adam for the ceiling of the Sistine Chapel. Dark red chalk over some stylus underdrawing, c. 1511.
Marble statue of Dionysos from the east pediment of the Parthenon in Athens, c. 438–432 BC.
DefiningBeauty ancient Greece sculpture Michelangelo exhibition LondonBritish Museum Vatican Museum art
張貼者： hanching chung 於 上午7:46 沒有留言:

Hans Makart (28 May 1840 – 3 October 1884) was a 19th-century Austrian academic history painter, designer, and decorator; most well known for his influence on Gustav Klimt and other Austrian artists, but in his own era considered an important artist himself and a celebrity figure in the high culture of Vienna, attended with almost cult-like adulation.

The man who makes houses melt 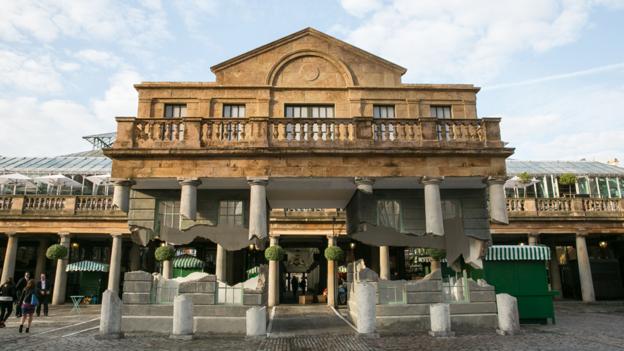 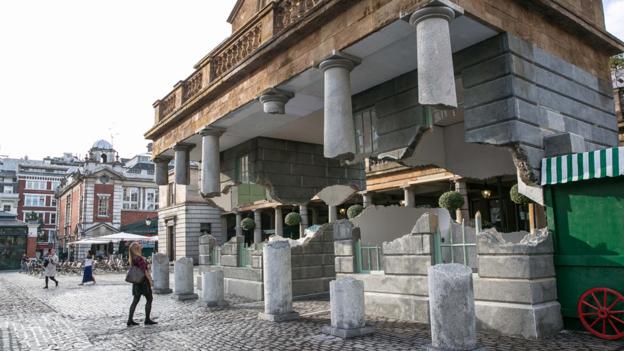 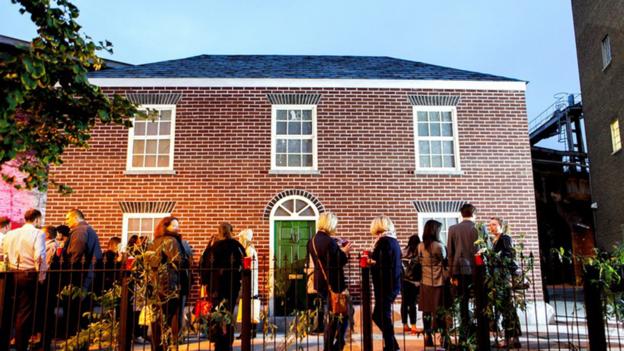 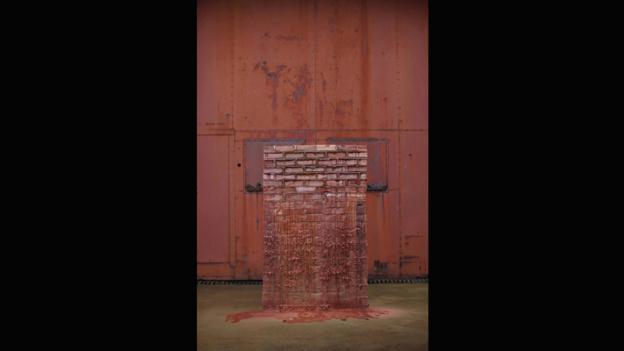 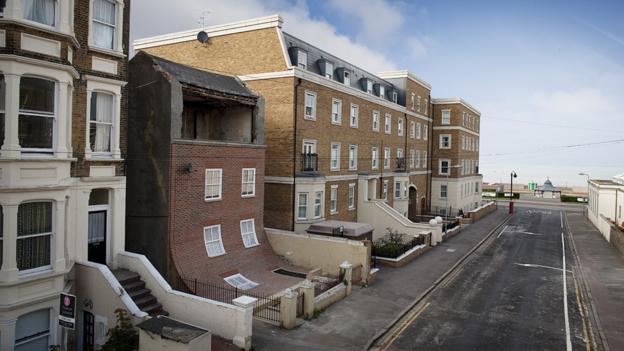 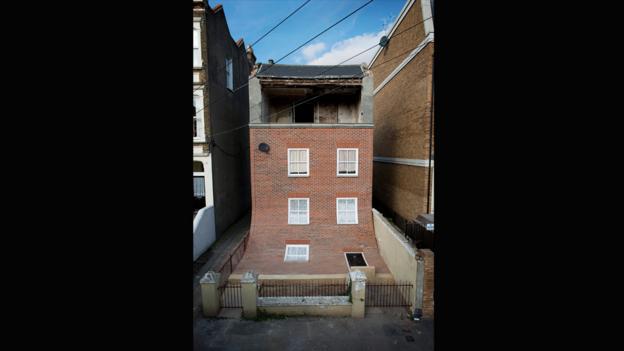 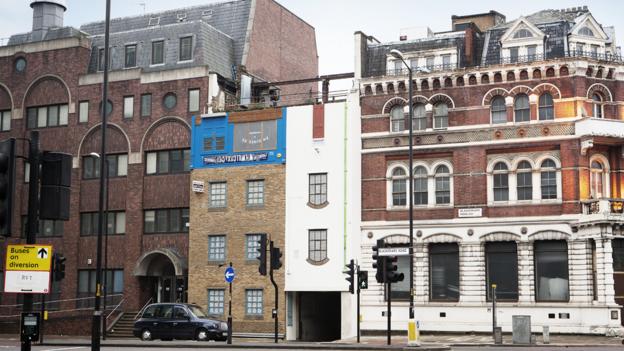 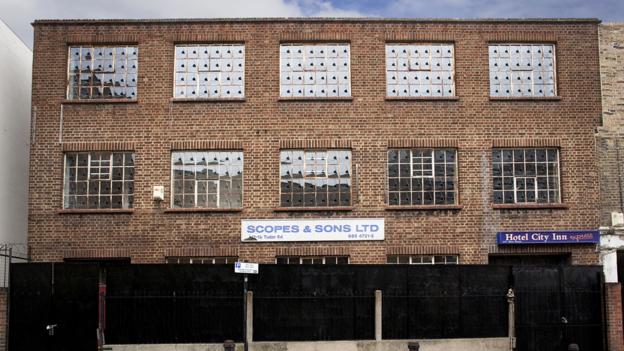 Alex Chinneck hit the headlines last week for an installation that appeared to make a Covent Garden market building float in mid-air. “I like to make work that blends in with its surroundings, but which at the same time stands out,” the artisttold BBC Culture. “Illusions are visually engaging, mesmerising and accessible – everyone can understand and enjoy them.”
張貼者： hanching chung 於 下午7:08 沒有留言:

The Nakanishi Prize is awarded to two graduating seniors who, while maintaining high academic achievement, have provided exemplary leadership in enhancing race or ethnic relations at Yale College. This year’s prize is awarded to Austin Li Long of Calhoun College David Duong Nguyen of Berkeley College.

Pictured with President Peter Saloivey are Austin Long (left) and Davis Nguyen, the winners of the Nakanishi Prize for "exemplary leadership in enhancing race or ethnic relations at Yale College." (Photo by Michael Marsland)

Davis Nguyen's passion about intra-ethnic solidarity is truly impressive. As the president of the Vietnamese Student Association, he has increased communication among student organizations and brought them together, creating a culture that has encouraged students to participate in the AACC and extend its reach. Through his public-speaking workshops and by teaching community-building skills to the Yale public through the YaleConnect program, he has fostered relationships across campus. And by leading by example, he has inspired our entire community.
For accomplishing so much in the service of race and ethnic relations at Yale College, Yale is honored to bestow the Nakanishi Prize upon Davis Duong Nguyen.
張貼者： hanching chung 於 下午5:20 沒有留言:

[Tradition]Looking for souvenirs? Tenugui come in lots of different varieties and have lots of different uses!
Tenugui are an old Japanese tradition, and they have many different uses.
As well as for wiping hands or washing the body, they can be used for wrapping, or displayed decoratively.
Lots of them have very Japanese-looking designs, so they make great souvenirs.

Kokeshi dolls originated in the Tohoku region about 300 years ago, during the latter part of the Edo period (1603-1868). The child-like dolls were fashioned for children by craftsmen from remainders of wood that had been turned into plates and bowls. The faces come in a whole range of expressions. Many girls even now find them "soothing". This episode focuses on the mysterious allure and beauty of these dolls.
The Mark of Beauty
Kokeshi Dolls
May 25 Mon. 13:30 / 17:30(JST)⋯⋯
更多